The Kelley Medal Award Ceremony will be held in concert with a breakfast on Thursday, March 12, in Bunting Dining Hall at 8:00 a.m. All members of the Loyola Blakefield community are invited to attend.

Named in honor of Rev. Joseph M. Kelley, SJ, the Kelley Medal recognizes his dedication and commitment to educating Loyola students in physics and mathematics for nearly 40 years. As such, the Kelley Medal is regarded as the highest form of recognition given to a Loyola alumnus. It recognizes an alumnus who is outstanding by reason of distinction gained in business, profession, or by his outstanding participation in ecclesiastical or civic affairs. In addition, the alumnus is recognized for how his personal, family, and public life serves as a role model and example to the students and graduates of Loyola Blakefield. The Medal was first presented in 1962 to the late Edward J. Donnelly ’33, the first lay member of the Loyola Blakefield Board of Trustees


This event is at capacity and registration is now closed. 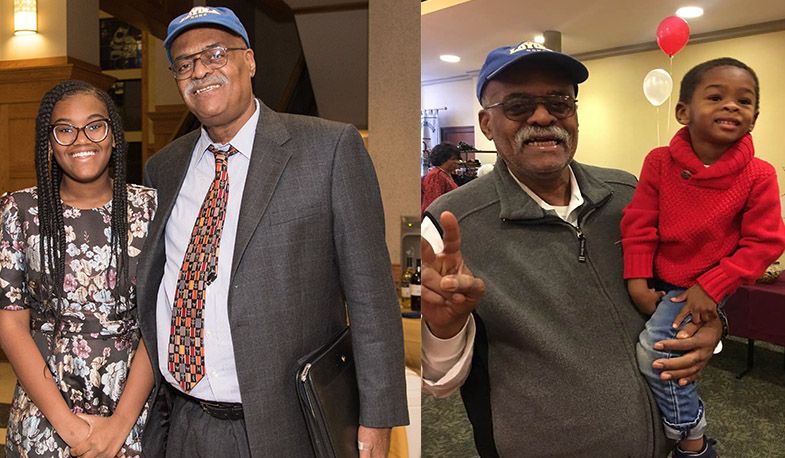 
We are pleased to announce that Ralph Moore ’70 has been selected as the 2020 recipient of the Rev. Joseph M. Kelley, SJ, Medal – the highest form of recognition given to a Loyola Blakefield alumnus.

Ralph has been a strong advocate for social justice and education in Baltimore City since his formative years and continues to dedicate his time to issues of housing equity, poverty alleviation, and youth development. Educated and molded in his youth by the Oblate Sisters of Providence, Ralph grew up in West Baltimore. During his time at Loyola, he worked closely with a small group of classmates under the leadership of Fr. Bill Watters, SJ, to form the school’s first Black Student Union. Upon graduating from Loyola in 1970, Ralph studied at Johns Hopkins University, majoring in Social and Behavioral Sciences and minoring in History and Education.

Upon graduating from Johns Hopkins, he returned to Loyola as a teacher in the mid-1970s. During his career, Ralph worked with St. Ambrose Housing, St. Frances Academy, Living Classrooms, Restoration Gardens, and Baltimore City Community College. He also served on the boards of several local nonprofits, primarily focused on addressing the needs of Baltimore’s most marginalized citizens. A life-long non-driver, Ralph has led efforts to enhance public transportation throughout the state of Maryland and was recognized by the late Congressman Elijah Cummings for his efforts to create the “Transit Riders League."

Ralph is the co-founder of the Nawal Rajeh Peace Camp in Baltimore City, a summer program that focuses on interpersonal conflict resolution and global peace. After receiving its “Peacemaker of the Year” award in 2007, the Baltimore Community Mediation Center honored him once again as one of several “Peacemakers of the Year” in 2018. In recent years, Ralph has been an instrumental member of the leadership committee to honor the legacy of Frank Fisher with the creation and growth of the Frank P. Fischer Diversity Scholarship Fund at Loyola Blakefield.

Ralph resides in the Abell neighborhood in Baltimore with his wife of 18 years, Dana. He is the proud parent of two daughters, Nia and Zahra. In addition to his volunteer work, he stays busy enjoying time with his grandchildren, Sylena and Xander.