1/21/2020
Our swim team didn't have to travel very far for the National Catholic Swimming & Diving Championships this past weekend, which were held down the street at Loyola University Maryland. Our Aqua Dons finished in third place behind Georgetown Prep and Gonzaga College High School, while sophomore Ryan Branon was named Outstanding Male Athlete of the meet, posting High School All-American qualifying times in several events. 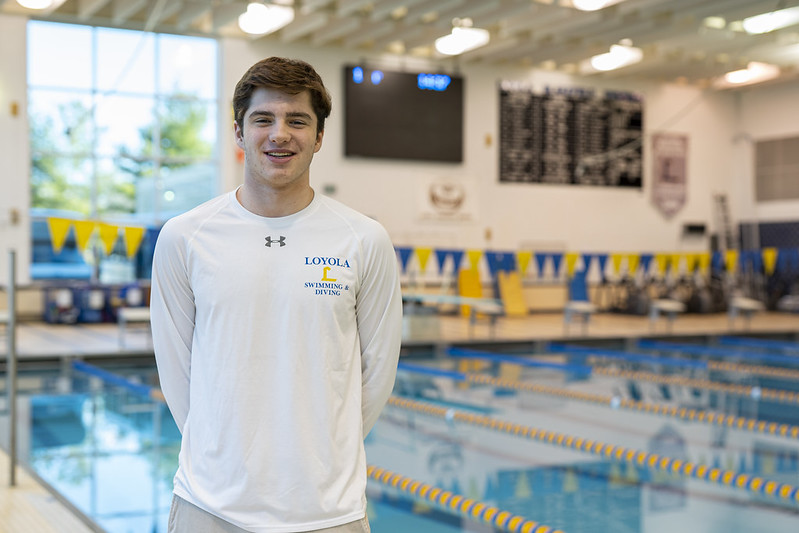 200m Medley Relay
Ryan swam the butterfly length of the 200m Medley Relay for Loyola with a blistering split time of 21.42. The relay finished with a time of 1:34.58, which is a High School All-American submittable time.

200m Freestyle
Ryan followed that swim with a first-place swim in the 200m Freestyle with a time of 1:40.17, winning the event by more than a second.

100m Butterfly
Ryan swam his signature event, and not only won the event by almost a second, but more importantly broke the National Catholic Meet Record and swam an automatic High School All-American time of 48.84, which is also a Loyola Blakefield and MIAA record.

400m Free Relay
In his final event, Ryan was the anchor on the 400m Free Relay, which he swam a 100m Free split in 44.86, which easily would have won the 100m Free if he were entered in that event. However, his split helped Loyola secure another High School All-American submittable time of 3:08.42.

The team has one more regular season meet at Calvert Hall on January 28 before traveling to McDonogh for the MIAA Chamionships on Saturday, February 8.