1/27/2020
On Wednesday, January 22, our students filled the Performance Gym to showcase their projects for National History Day, a nationwide competition for high school and middle students. They were tasked with constructing entries in one of five categories: Documentary, Exhibit, Paper, Performance, or Website. Qualifying students move on to compete in a series of regional contests with top entries advancing to state/affiliate contests. The top two entries in each category and division are invited to compete at the National Contest. This year's theme is Breaking Barriers in History.

"I had done the project in high school, and Mr. Zehyoue and I had our elective courses complete the project last year," said Mr. Sam Manelski. "I thought as the school moves towards a more experiential learning approach, this would be a great project to take the place of our traditional midterm exams."

All students in Sophomore AP US History, Freshman Honors World History, and Mr. Zehyoue’s Civil Rights elective completed the project. There were over 80 entries this year as students started planning in September and completed different steps of the project through the first and second quarter. On Wednesday, faculty judges volunteered to assess student work and helped pick the category winners. The top three winners in each category will attend the district level competition in March. 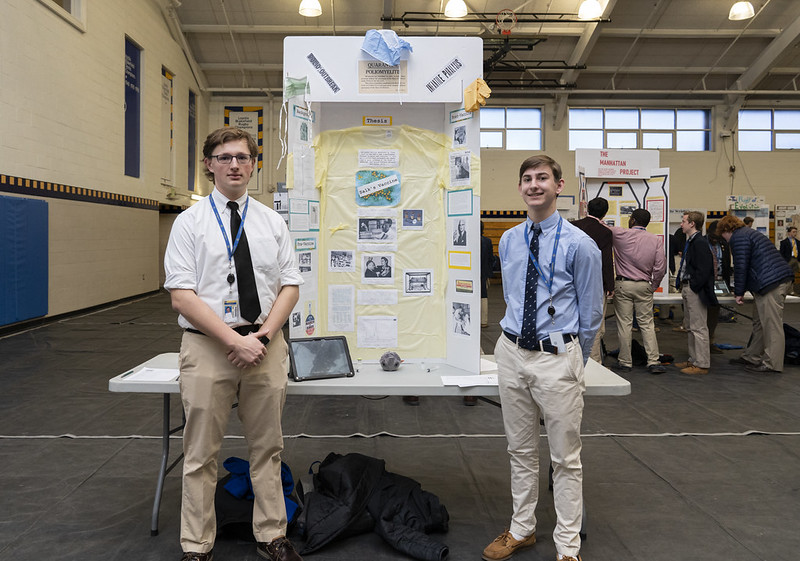 The ENIAC and the UNIVAC: Ushering in the Technological Age
Zachary Hopp & Matthew Welling

OTHER AWARDS
These groups will not move on to the district level, but should be honored for the following: