6/5/2020
We celebrated the Class of 2024 and their graduation from our middle school during our virtual Eighth Grade Celebration on Thursday, June 4. You can watch the entire ceremony, which was live streamed on our YouTube channel, below.


The ceremony was celebrated with a special Mass from Fr. Steggert, with music provided by Dr. Richard Skirpan and Mrs. Diane Skirpan, as well as several students from the Class of 2024. Following Mass, Mr. Marinacci read the names of the 84 members of the Class of 2024 and Mr. O'Hara presented the following Magis Awards:

This award is presented to the young man who puts what he was taught in Religion Class into practice every day. He is known for his kindness and willingness to help others and most especially for his deep faith in God.

The recipient of the Service Award certainly took the words of Mother Theresa to heart at every service opportunity, “Let no man ever come to you without leaving better and happier because you wear the living example of God’s kindness on your face, in your eyes and in your smile.”

Harry Ward Beecher once said that the way to tell if a man is rich or poor is not to look at his bank account, but rather look into his heart. For a man is rich because of who he is and not for what he has.” So it is with the winner of this award. He is a friend to everyone, always available with a ready smile and a helping hand.

H. Jackson Brown when writing advice for his own children suggested they, “Live so that when others think of Fairness and integrity, they will think of you.” So it is for the winner of this award for when his classmates and his teachers thought about fairness and integrity they selected him.

In selecting a candidate for the Justice Award, the eighth graders were advised to select their classmate who is always fair and treats everyone with respect and dignity. The student who makes certain that justice prevails and in so doing keeps a close eye for and offers a helping hand to the underdog.

This award is based on the cumulative GPA calculated at the end of the first semester of 8th grade. The students earned a 4.0 during their entire Middle School careers at Loyola.
To conclude the ceremony, Jayden Moore was named the recipient of the Daniel McNeal '90 Award, the highest honor bestowed upon an eighth grade student at Loyola Blakefield. The Daniel McNeal Award is presented annually to the eighth grader who in the spirit of Danny embodies the qualities that are the hallmarks of a Jesuit education, the qualities that sum up the tradition of Loyola Blakefield as a Catholic, Jesuit School. 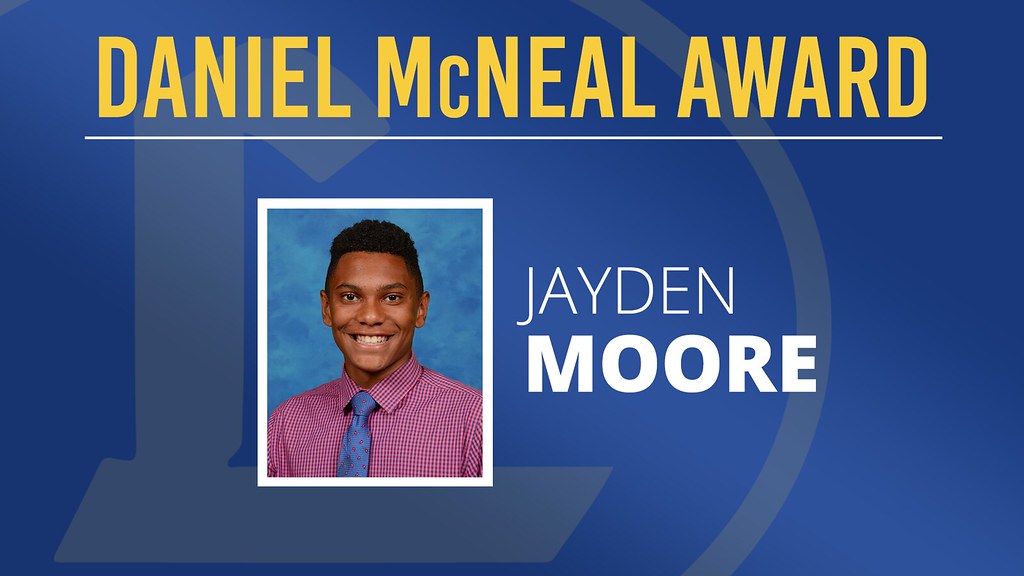