3/22/2021
Congratulations to seniors Will Erdman, Luke Alonsozana, Aidan Brehm, Matt Fleschner, Julian Javillo, and Jack Klug for their performance at the CyberPatriot XIII National Finals this past weekend. They finished 2nd in the Cisco Networking Challenge and were awarded $9,000 in scholarships from Cisco Systems. 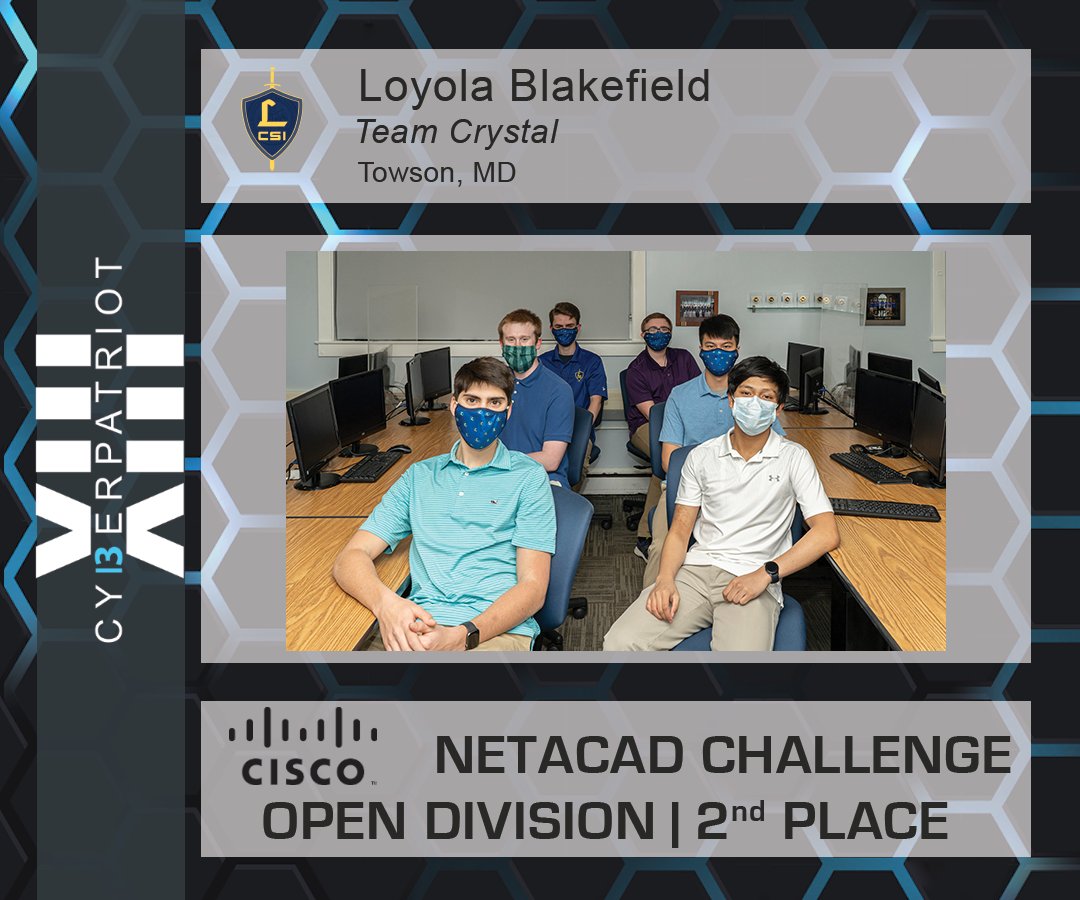