Farrell Gregory ‘22, Nathan Li ‘23, Andy Wang ‘23, Zachary Lyons ‘23, and Matthew Paine ‘25 competed with top speakers from around the country in Congressional Debate, Extemporaneous Speaking, and Impromptu Speaking. Nathan, Andy, Zachary and Matthew all made their national debut this year, while this was Farrell’s second time competing at nationals.

Following the passing of their former coach Charles Donovan, the team was thrilled to be back at nationals. Coaches Justin White, Jakob Taylor ‘21, and Marlo Lacson ‘20 stepped in to guide them through the process. When the team was not competing, they experienced the cultural wonders Louisville has to offer, including the Muhammad Ali Center, the Louisville Slugger Museum, and the Big Four Bridge.

View photos from the trip below. 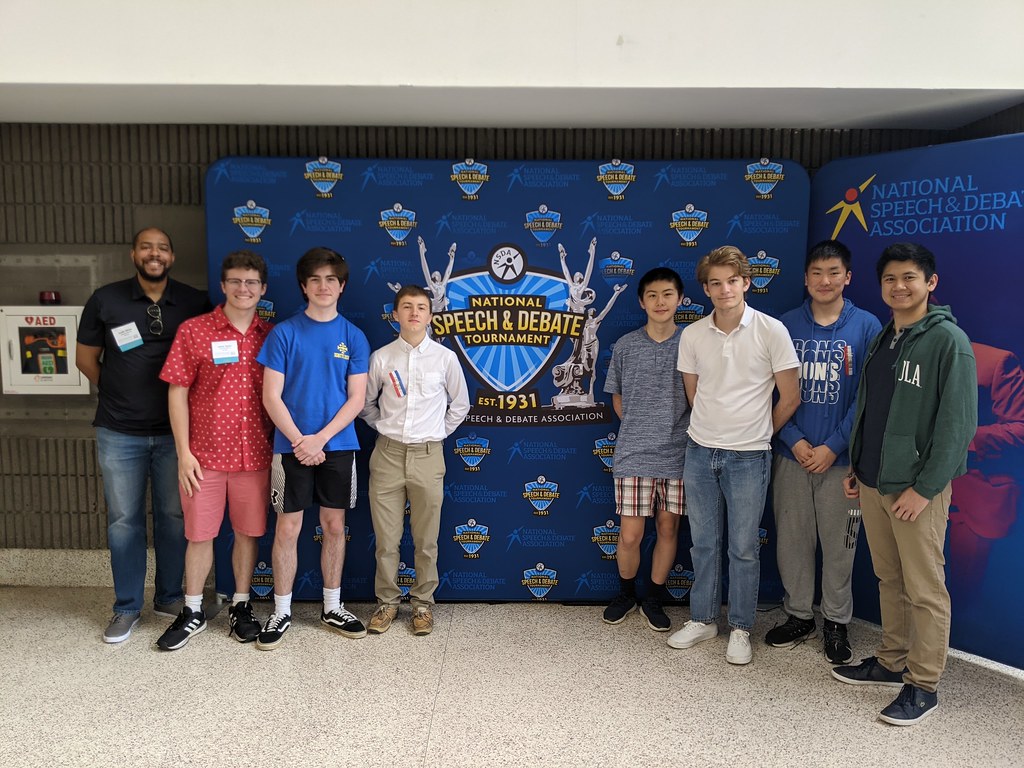