9/15/2022
Nathaniel Jackson '23 was named the 21st recipient of the Daniel W. McNeal '90 Memorial Scholarship Award at the conclusion of our annual Mass of the Holy Spirit, which was celebrated on the morning of September 15.

The Daniel W. McNeal Memorial Scholarship Award is given in loving memory of Dan McNeal, member of the Loyola Blakefield Class of 1990 and recipient of the Loyola Alumni Medal. Dan died tragically in the World Trade Center Towers on the morning of September 11, 2001. Dan has been described by our faculty as the example of the man Loyola seeks to foster; involved, energetic, brimming over with enthusiasm for life and anything Loyola, and a friend to all he met. Dan led his life giving of himself and thinking of others first.

Considered the highest honor bestowed upon a current Loyola Blakefield student, this award is given to that member of the junior or senior class who embodies the characteristics that we hold dear in Jesuit education—one who lives his faith in word and deed, displays academic excellence, is actively engaged in his community, and most of all, exemplifies being a man for others.

Nathaniel is a multifaceted young man who has been a respected, natural leader on our campus. His kindness and compassion shine through daily. He has experienced academic success, while exploring and participating in a multitude of activities during his time at Loyola Blakefield. His impact on campus has been made with his involvement in sports, clubs, service, and activities, all while engaging in stellar academics.
Nathaniel serves as a captain on the varsity football team and has also been a team member on the baseball and track and field teams. He is an active member of Loyola Blakefield’s National Honor Society, the Concert Band, the Black Student Union, and the Culinary Club. His humility is evident with the constant support he provides to his fellow teammates and classmates. He is described by his coach as the most encouraging member of the team who instinctively supports and provides care for his peers. A true man for others, he serves as a leader and mentor who, every day, lives out what it truly means to be a Loyola Don. 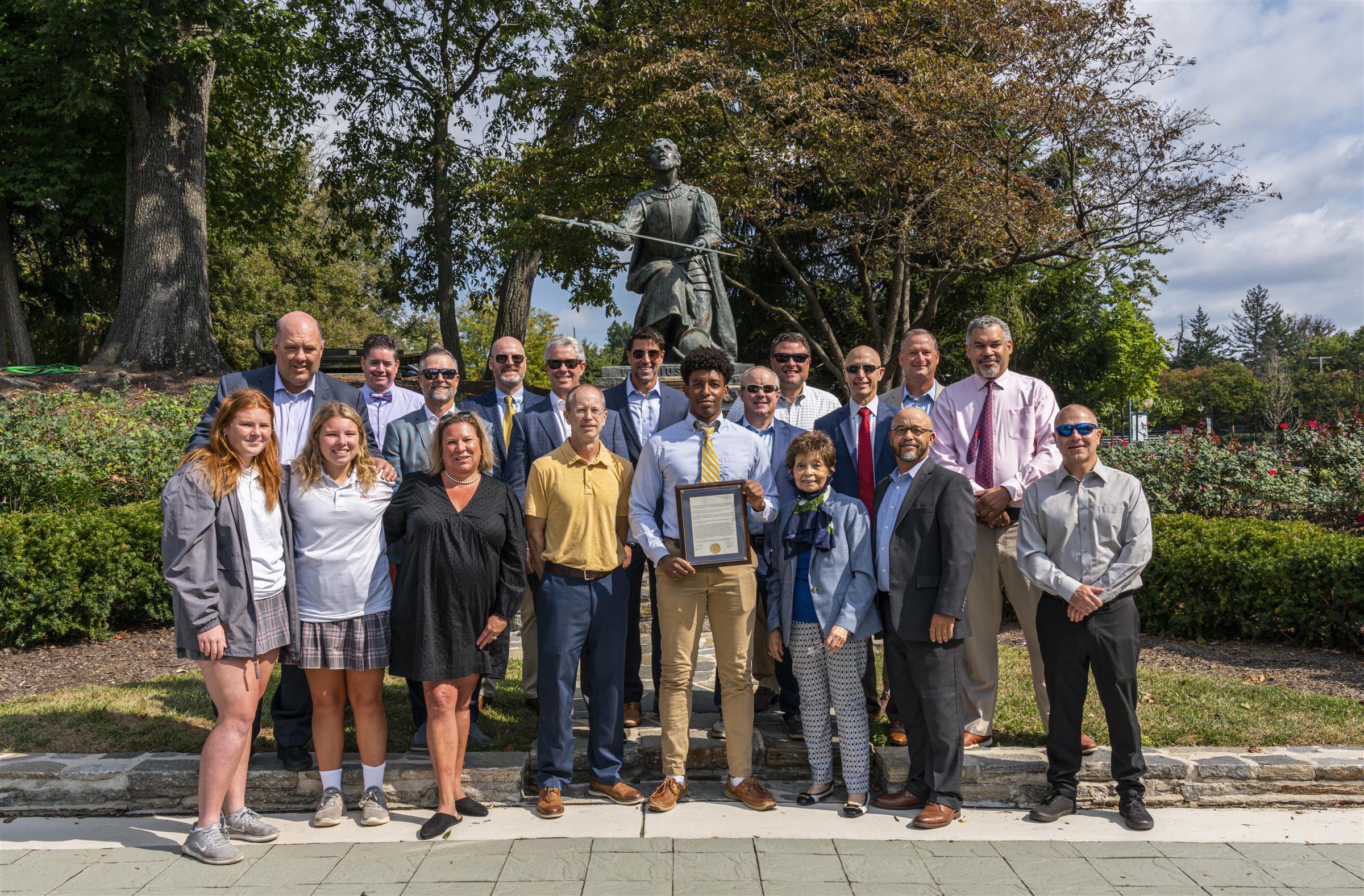