9/24/2018
This past weekend, fifteen students and eight faculty and staff members attended our inaugural Neighbors Retreat at Sandy Cove Ministries, a Christian Retreat Center in North East, MD. During this retreat, students explored the question, “When in the shadow of racial injustice, how can we be more neighborly?”

The idea for such a retreat came about after several faculty and staff members participated in an AIMS (Association of Independent MD/DC Schools) Diversity, Inclusion, and Equity Conference last year. “We saw the retreat as an optimal space to enact the knowledge we received,” said Justin White, Director of Campus Ministries.

Since this was a pilot program, our Office of Campus Ministries sent an invitation to 74 students and their families. These Dons were identified by our Director of Ignatian Mission & Identity Brendan O’Kane and Mr. White as students who would benefit from and add to such an experience.

Throughout the weekend, students engaged in small group discussions about their identities and experiences, received talks from several of our faculty and staff members on topics such as dignity, misconceptions, implicit bias, and the Loyola difference, and discussed how they can continue to be ambassadors for racial equality among their classmates.

Dr. Jennifer Marana, who presented at one of our professional development sessions last year, spoke with our students about the importance of this work and ways in which students can put it into action. “Students were fully engaged throughout the weekend and shared very personal and powerful moments from their lives, both at home and in our school community,” said Mr. White, who hopes this is the first of many retreats at Loyola that deal directly with racial injustice. 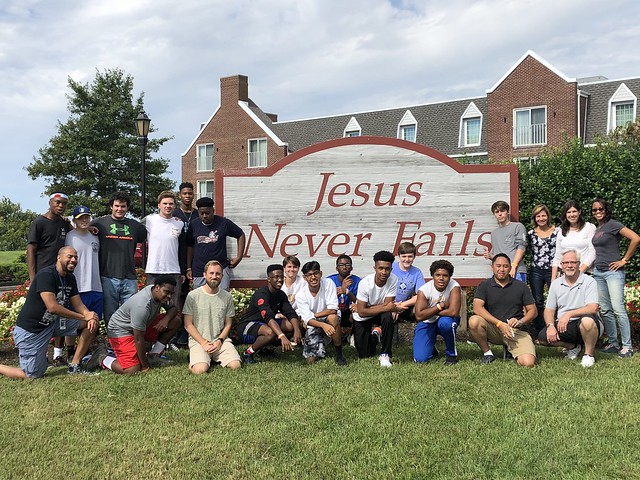